I needed a couple of connectors for my bike and as I could not locate any to buy, I figured I had to make some for myself. I put my wealth of experience making this sort of thing, which was absolutely zero and off I went. My process is below. 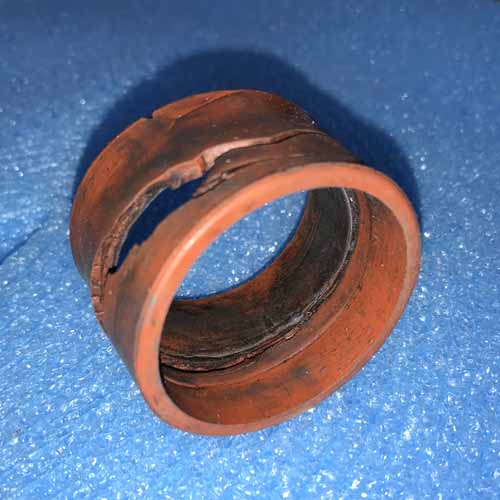 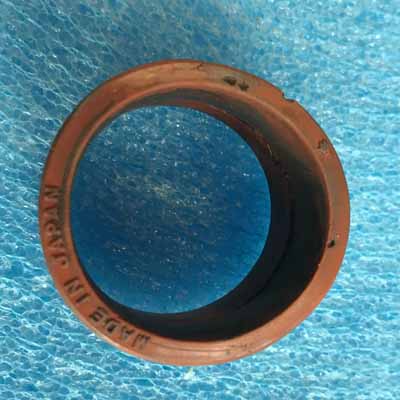 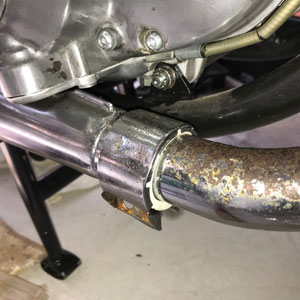 I used solid bar aluminium, 50mm diameter, turned up in a lathe for the inner part and aluminium pipe 60mm x 5mm (wall) for the outer mould. The outside diameter of the part was thus set by the inside diameter of this pipe (close enough to give it a try I thought). 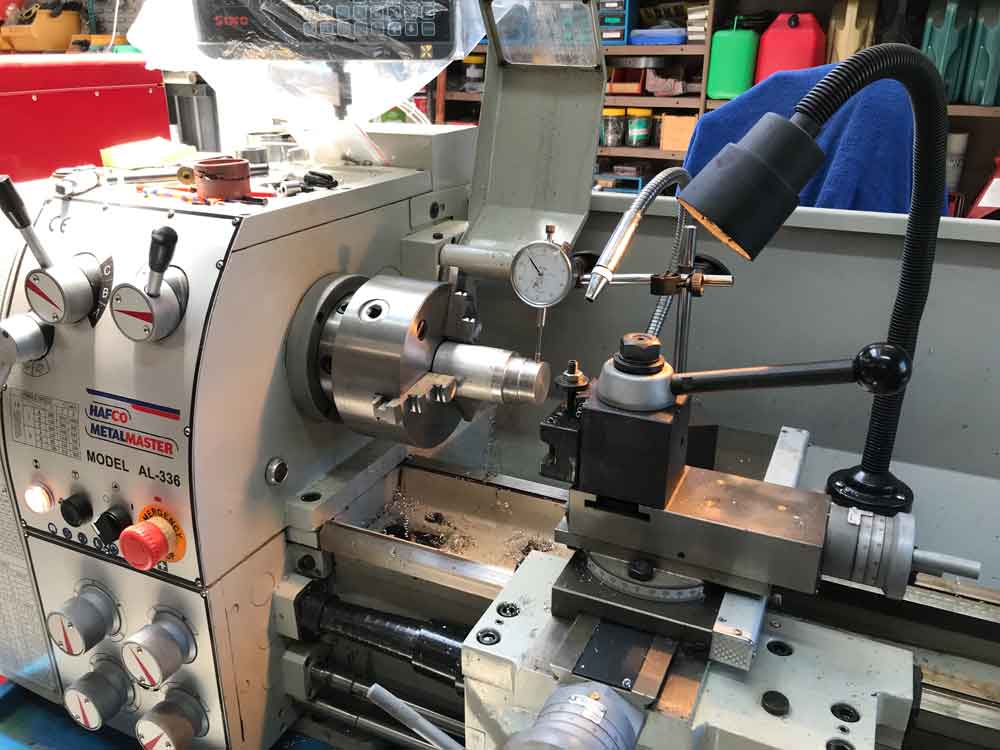 The outer mould would have been better made from pipe 60mm x 10mm to allow the exact outside dimension of the gasket to be made, however this was more expensive to buy so I thought I would attempt the cheaper option first and see how the process workout out.

I chose aluminium over steel as it would not rust in storage and it is cheaper than brass. Possibly the mould could be made from nylon or similar bar, however I do not have much expertise turning nylon as so went with the aluminium.

Measuring the internal/external diameters of a soft flexible part was somewhat problematic. My first attempt at an internal mould was discarded before use other than as a tool to help with sizing of my second attempt. 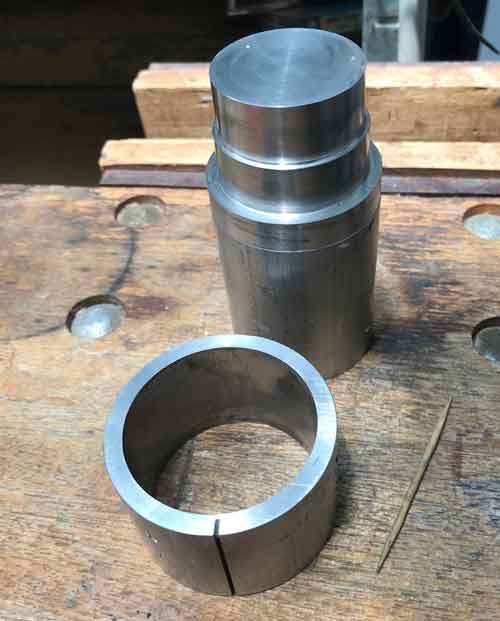 The outside diameter of my part is larger than the sample due to cost of aluminium stock.

The total length of my part turned out 1.5mm longer than the sample. I initially thought it may be easier to pour if the inner mould part was a little longer. This was unnecessary as it turned out. I could have easily been reduced the length; however, it caused no issue with fitting, and as such I was happy to leave as is.

After much research and really finding nothing to help I chose: 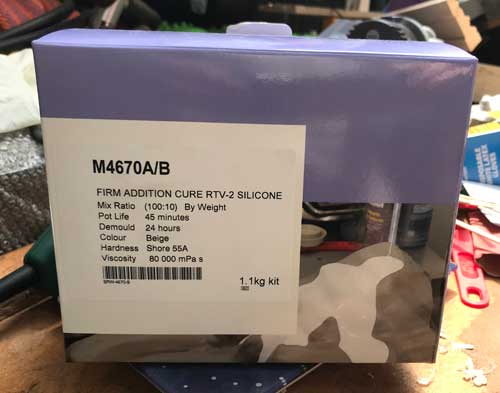 Approx. 25g of silicon is required to make the part.

Mix slightly more than this as some silicon material will remain in the mixing container.

I found 30g + 3g (Part A + Part B) was sufficient, with little waste when making a singular part.

The silicon is a beige colour but can be tinted orange if desired. This would have added to the cost and as the part is not really visible and I did not know if the part would even turn out I chose not to spend the extra.

I think it would be better to draw a vacuum on the silicon mix to remove air bubbles before use. I did not have anything to do this and as such I didn’t bother. A few bubbles came to the surface in the first ½ hour or so of setting. I popped these with a toothpick. The final resultant part did not show any signs of air bubbles and thus ruining the part so maybe drawing a vacuum is a bit over the top.

There was no evident shrinkage of this material upon setting. 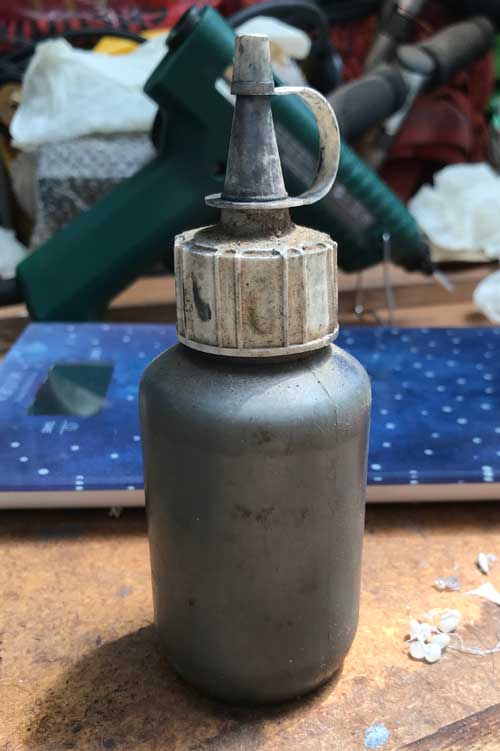 Coat mould parts with a graphite powder to act as a mould release. 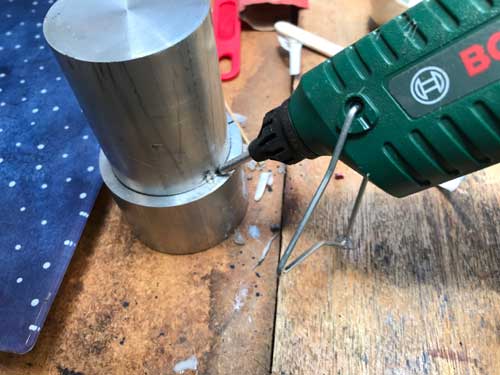 A couple of dobs of hot melt glue secures the outer ring to the inner. This glue is easily removed when no longer needed. 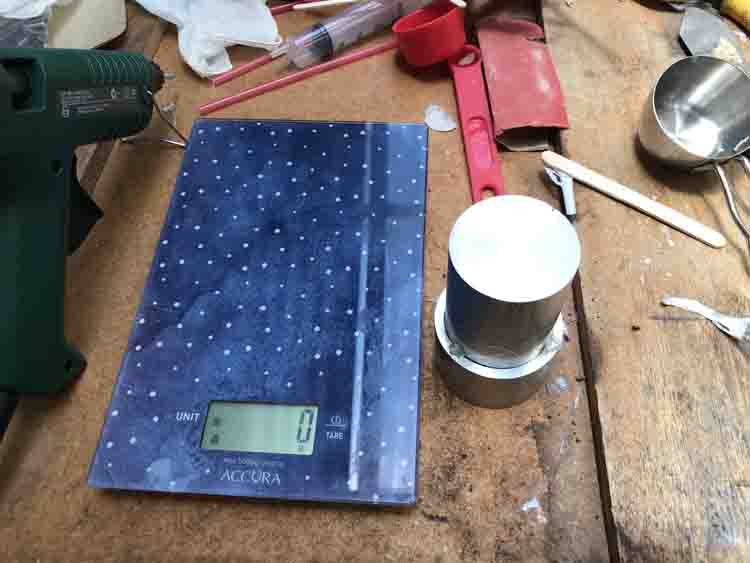 At first, I used kitchen scales to weigh out the silicon for mixing. This was OK, but I did find that these scales are not accurate enough for the small quantities I was mixing. Although the scale resolution was 1g the accuracy did not match. After a failed attempt that turned into a sticky blob I borrowed a better scale. 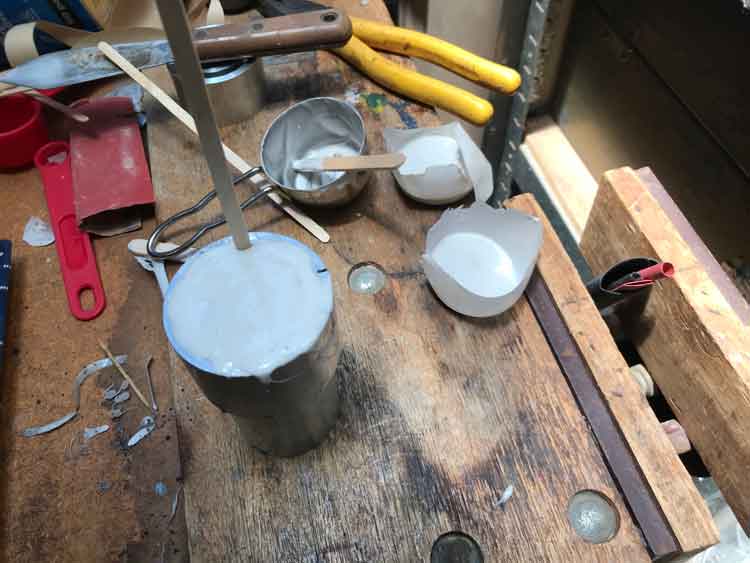 A few prods with a stick just during pouring to help release any trapped air pockets. 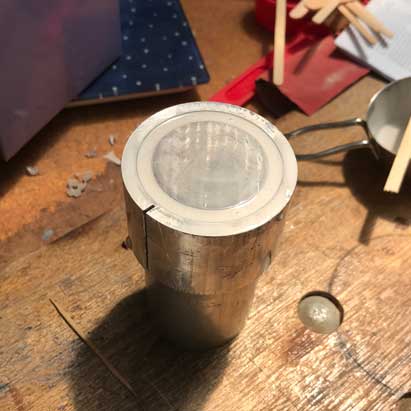 (Note: the slit in the outer mould does not go all the way through and was part of an early attempt in trying to work out how to release the part from the mould pieces.

Releasing the part from the mould can be problematic. 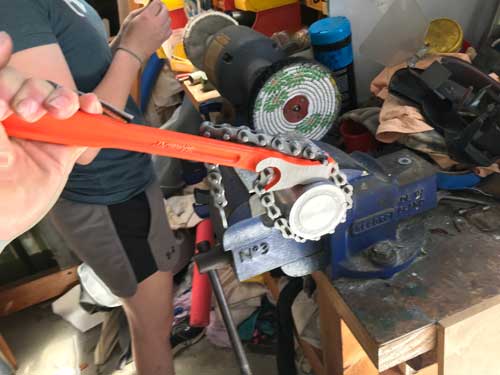 In the end I chose to hold the inner mould piece in the vice and use a chain pipe wrench on the outer part. The twisting action that results released the parts without damage. 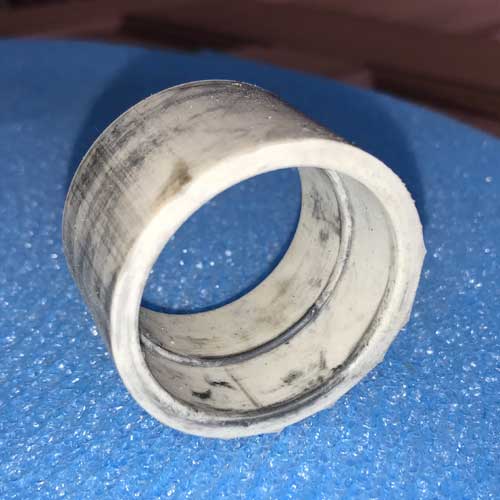 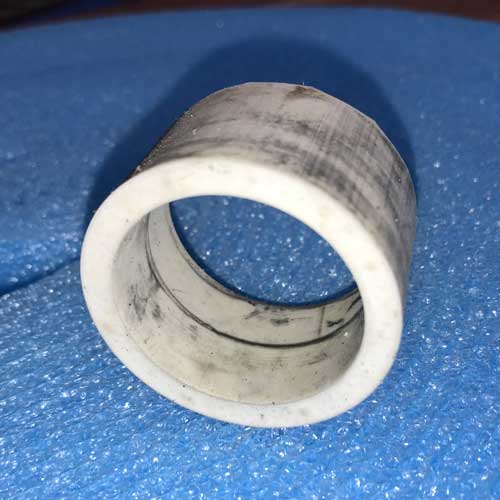 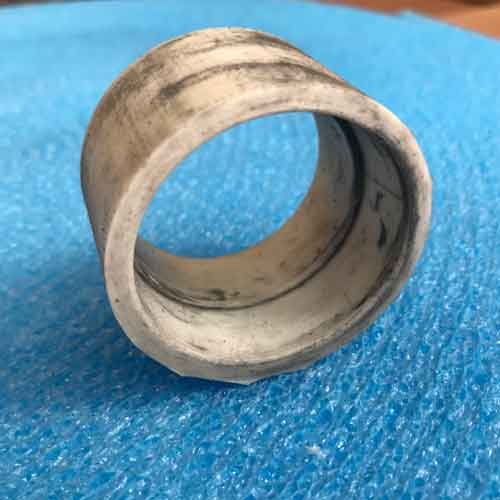 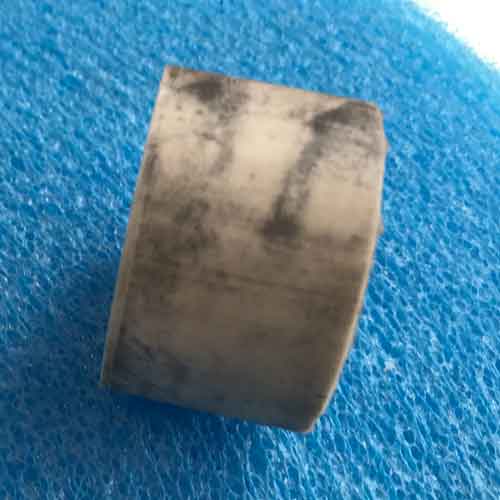 The part above is discoloured due to the graphite powder used for mould release. This can be cleaned somewhat, but I did not bother.

I am happy with the end result. The larger diameter part caused no problems in fitting, but being a bit retentive I would prefer to reduce the outer diameter to match the original.

Ideally, I would like to make at least two moulds to improve production speed and reduce waste.

The colour; although, I could add pigment to colour the part, the extra cost and lack of visibility of the part discourages me from going to this effort.

I am yet to determine its lifespan/durability.